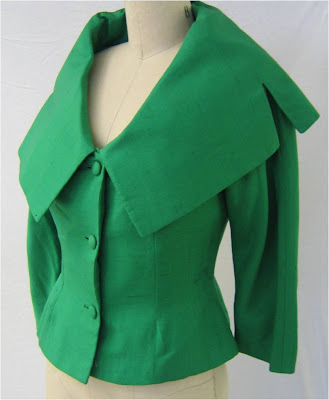 This jacket is worthy of a complete stop in converation. An open mouth gape at the pure luxury and blatant exhibitionism of the collar.


It encircles the neck like a scluptured cape. With dramatic notches far back near the shoulder seam line, it is truely regal in the crown shape of the crescent shaped roll line around the shoulders.


This masterpiece was designed by Don Loper. Probably better known now for his appearance on "I Love Lucy" during the mid-1950's, where he presents a showcase of his fashions, and poor Lucy is morose, unable to wear fashion, having a severe sun burn.


Don Loper had a brief career as an actor during the previous decade. His resume reads like a survey of TV and film positions. There was little in Hollywood that Loper didn't give a try to.


But it is the glamorous fashions he created that put his name on the map. Working with the best textiles, he demonstrated a skill and understanding far beyond what might be expected from someone with a lack of training or mentorship. 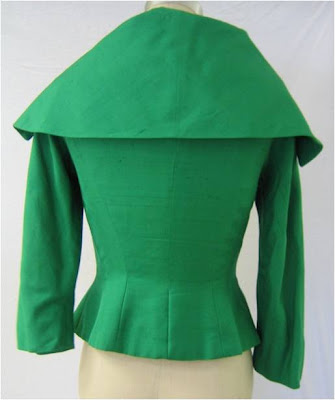 This simple green jacket, with its small bodice and 3/4 length sleeves from the mid-1950's departs from the norm in a way that sets it apart from just about any other jacket of its era.


To copy this would be quite a challenge, but the result might be fantastic. 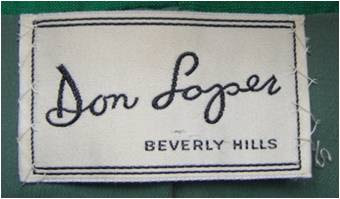